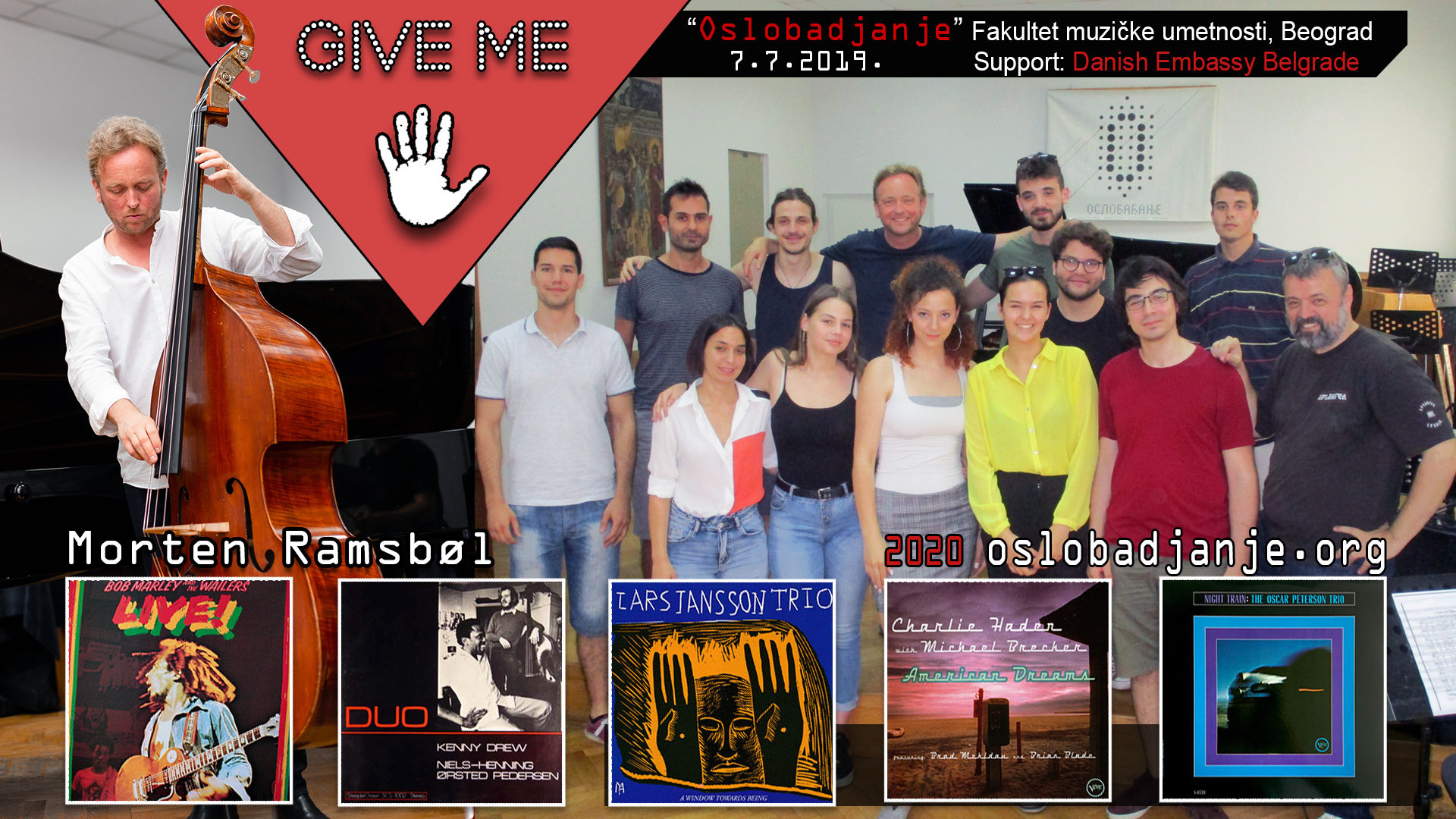 Morten Ramsbøl is jazz doublebassist, composer and professor who played at seventh "Freeing" 7.7.2019. at Music academy in Belgrade with Jacob Karlzon (piano LINK)  and Reinhold Schmolzer (drums). He also held masterclasses as part of the festival's program. Concert and masterclass were supported by Danish Embassy in Belgrade.

The project "Give me 5" is our way of staying in touch with the jazz audience. It is the festival's jazz program for 2020/2021. As part of the project, artists that performend on the ''Freeing'' festival in previous years share the five albums that influenced their playing the most.

Bob Marley and the Wailers: LIVE!

As a young boy and teenager being introduced to the music of Bob Marley´s music and especially bassist Aston Francis Barrett `Family Man`´s bass lines drew me to the record player in the late seventies and early eighties. Not being able to phantom what was happening and how he did it,  the hypnotic current of reggae bass lines kept me in a short radius from the turntable. Definitely what got me started on electric bass. Listen to “No Woman, No Cry” and “Lively Up Yourself”

In terms of locking in with a drummer, swing, sound (!) and `pushing through the ceiling`,  no bass player has influenced me deeper than Ray Brown. His ability to create the `pocket` and lean forward with any drummer without disturbing the groove or time is divine. Listen to when Ray starts walking on “Voltare” and hold on to something!

More or less the reason why I later started playing double bass. I listened to this album countless times during my childhood when growing up in Denmark and with such a genius power house of a bassist, the road was paved for many great bass players to come out of Scandinavia after him. The swing, sound and interplay between the two and the way they enterpreted Danish folk tunes and songs from the American song book is just great. Listen to “Det Var En Lørdag Aften” and “Hush-a-bye”

Lars Jansson Trio: A WINDOW TOWARDS BEING (Imogena)

As a bass student at the Jazz Dept. in Aarhus, Denmark I was introduced to Swedish jazz pianist and composer, Lars Jansson by my piano teacher, Lisbeth Iversen. Not only is Lars a phenomenal musician but also a very gifted composer that has influced generations of jazz composers with his beautiful melodies often based on the harmonic structures of the American song book and with a sound that points to the inheritage of Keith Jarret´s European Quartet, Jan Garbarek, Bobo Stenson and others. Enjoy the magnificent playing by one of my heroes, Swedish bassist and cellist Lars Danielsson. Listen to “More Human” and “The Man With The Cucumber”

It would not be right of me not to mention some of the must influcencial and important jazz musicians since the late eighties (Brad Mehldau and Brian Blade) alongside to American giants and heroes of mine, bassist Charlie Haden and saxophonist Michael Brecker,  I find this recording to be a “new classic” for lovers of the tradition yet with original compositions, American folk tunes, strings greatly arranged by Alan Broadbent makes this album a pure joy to listen to because of the playing and producing. Enjoy “Travels” and “America The Beautiful” 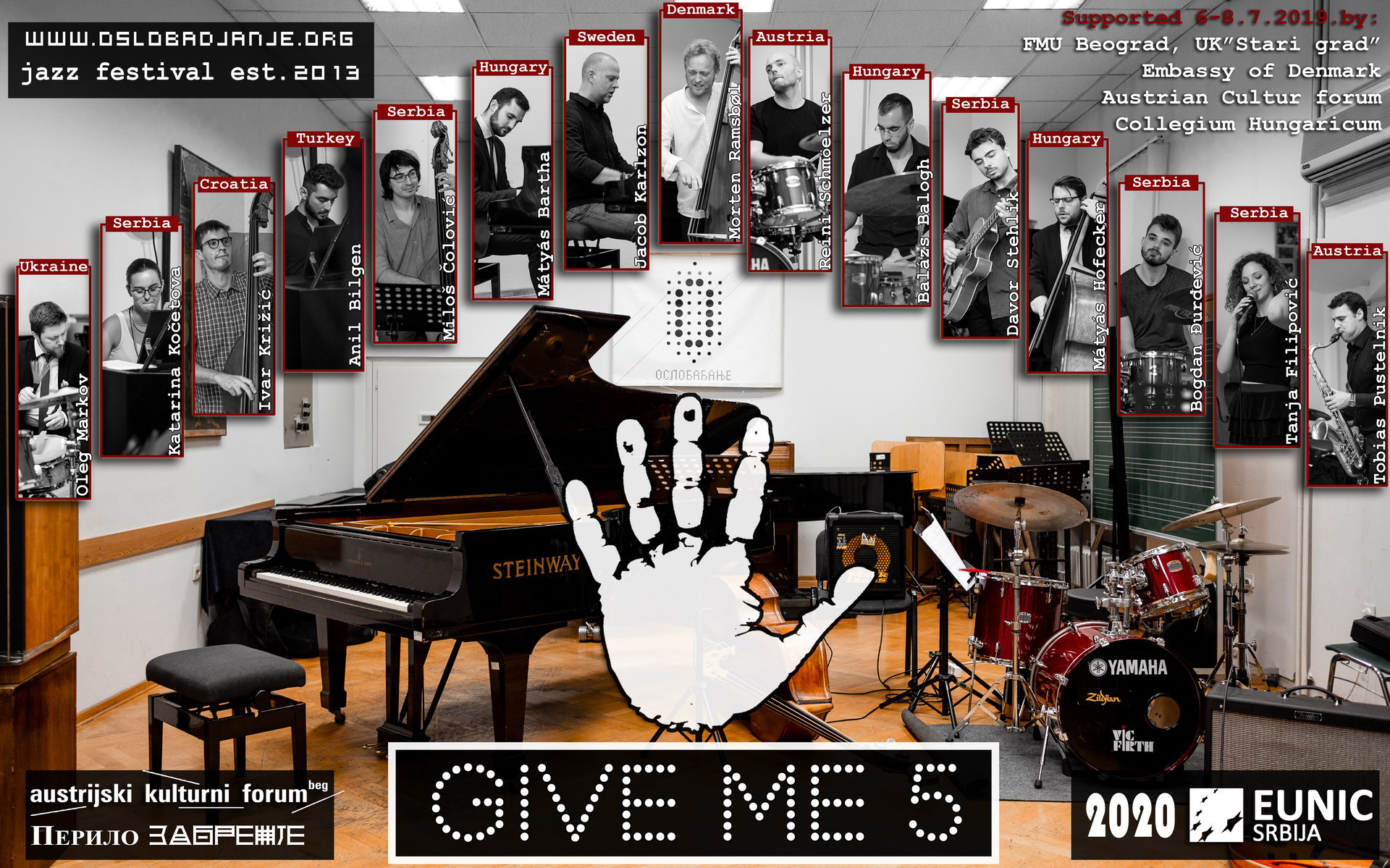